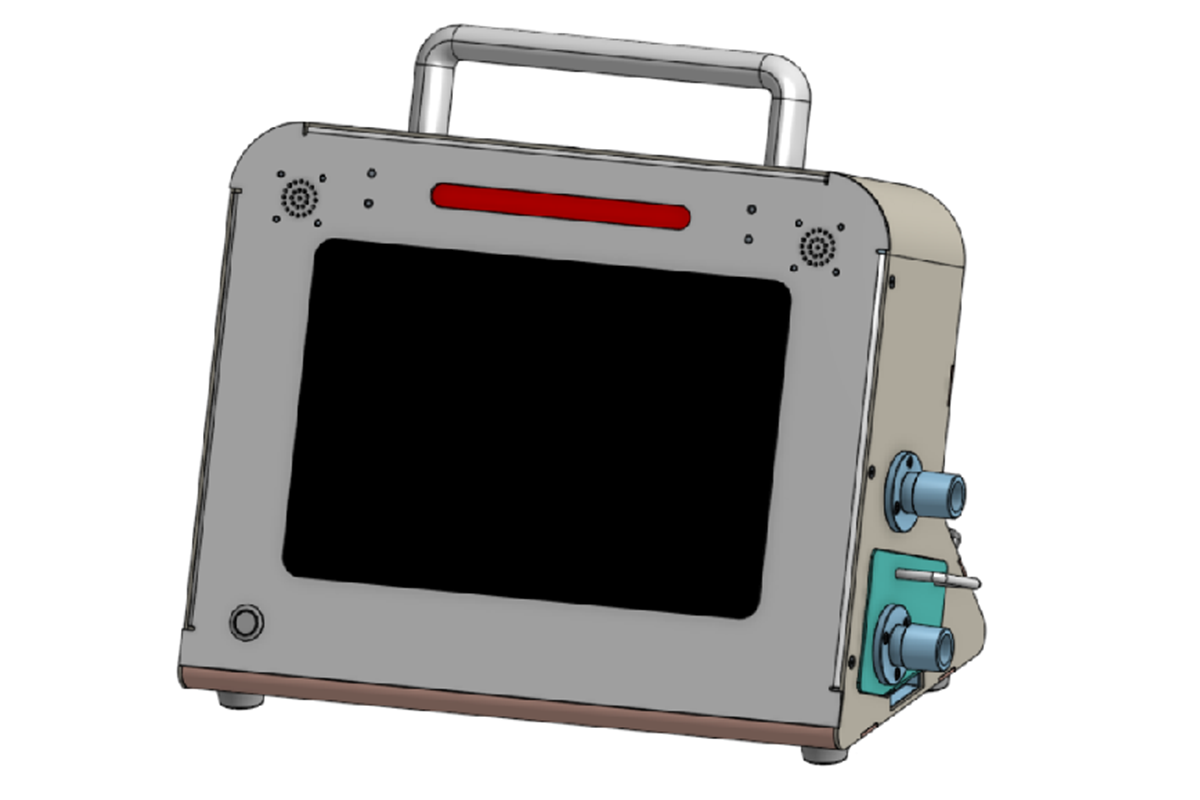 Hello Project RED supporters! Apologies that we have not issued a project update in a while, but we have been very busy with ventilator development! And a lot has happened in the past three months. After three months of close work with our friends at Paaila Technology, we have finished the complete mechanical CAD design of the RED-1 ventilator. Below are some pictures showing the external and internal appearance of the ventilator. We were able to achieve an appearance and style very similar to the concept drawing we started with. We have also partnered with a manufacturing company in China (HLH Prototypes) who will be making the first ventilator prototypes for us based on this design. We've already released parts to them to start producing the first few ventilators. 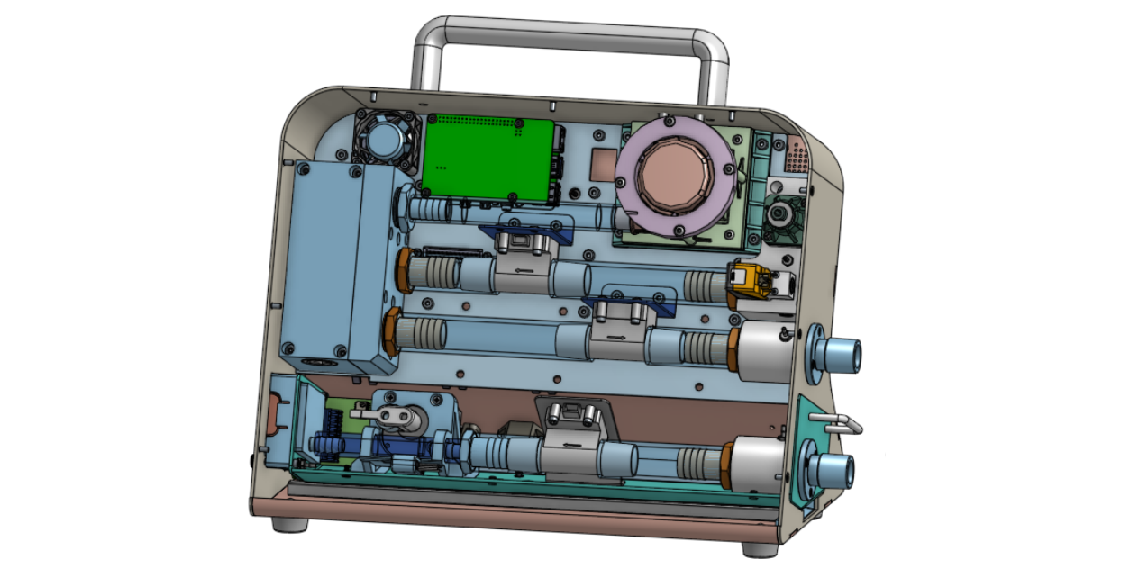 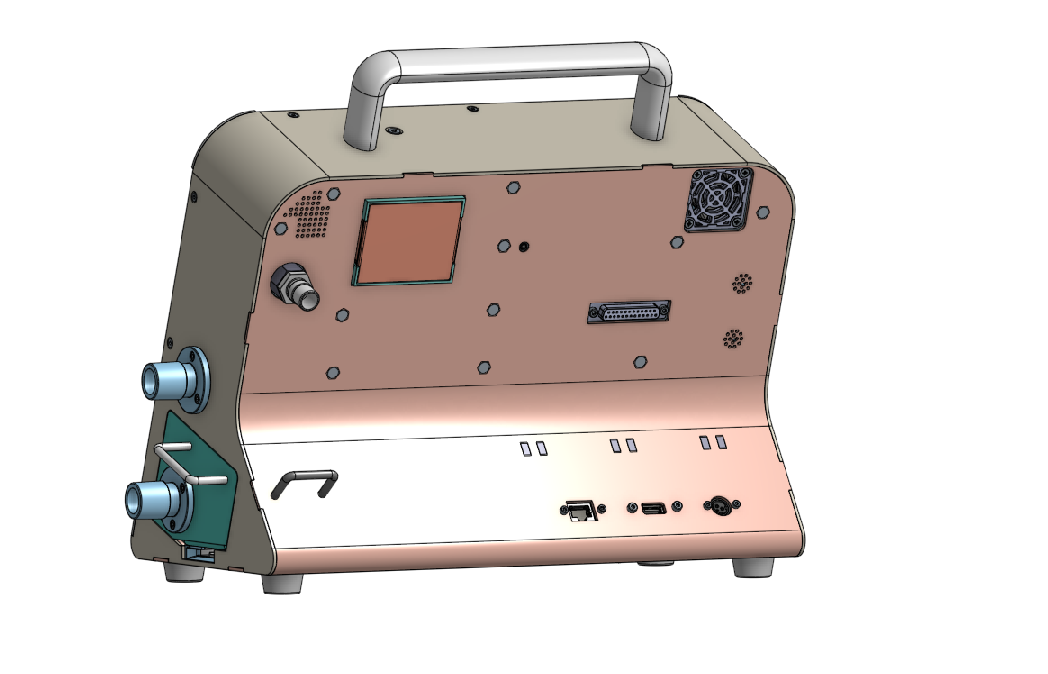 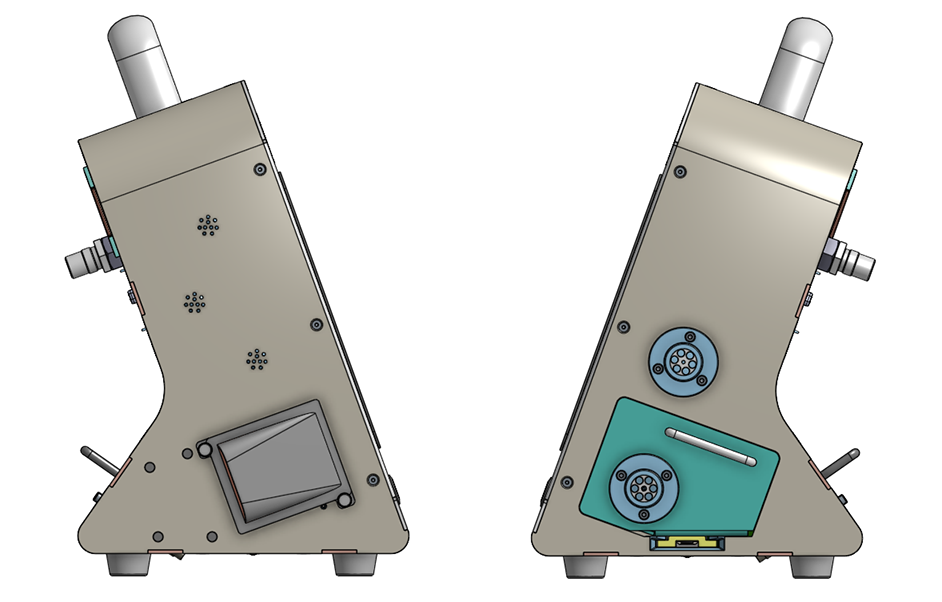 (For a more detailed walk through the internals of the ventilator, jump ahead to the next section)

In August, we built three new bench-top ventilator systems for use in software development. A picture of the three systems, and a video of one of them up and running, are below. 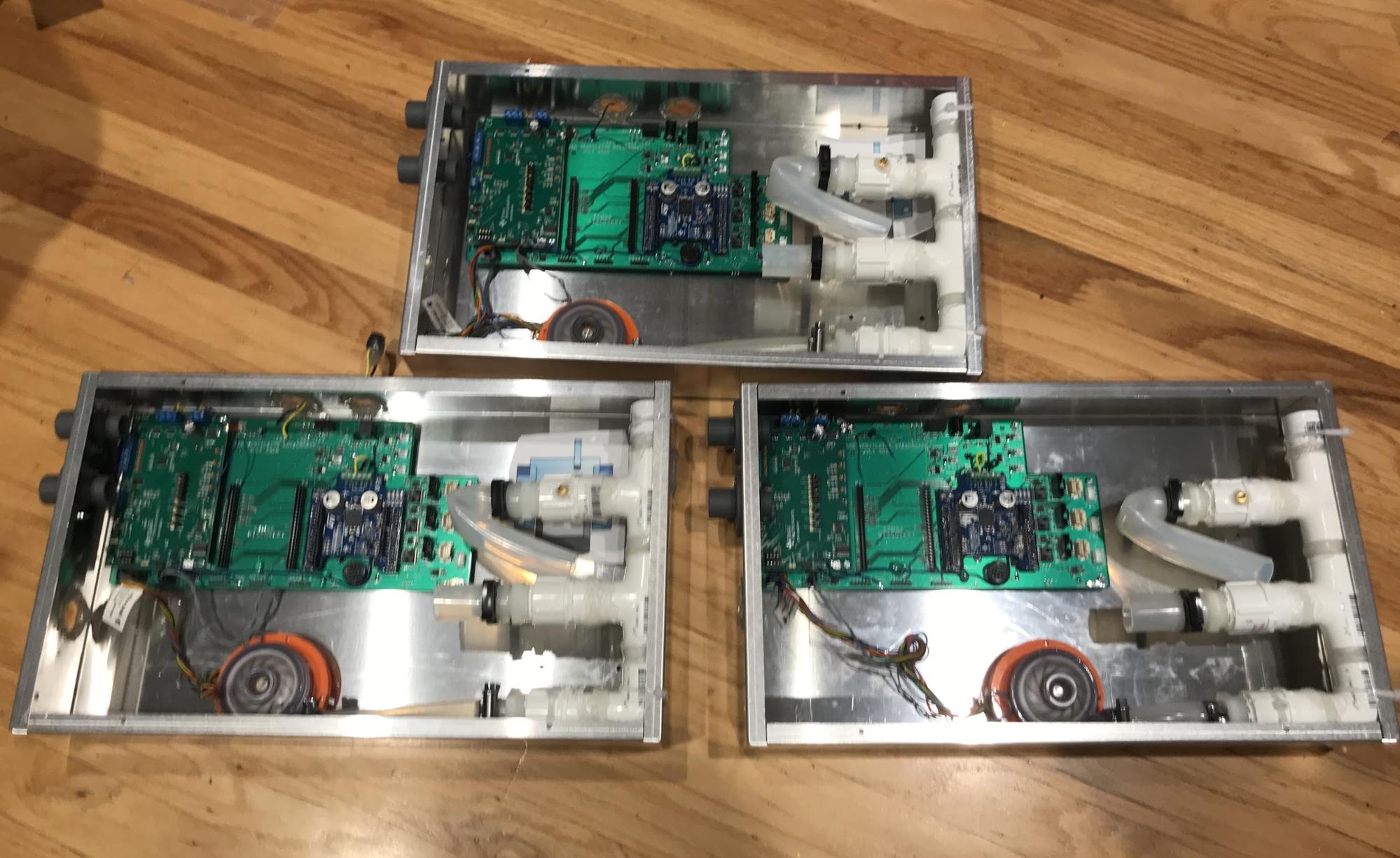 Also, software development is going extremely well. We worked closely with ICS to come up with a flexible, extensible communication protocol between the ventilator microprocessor and the GUI processor. This protocol allows us to easily re-configure the GUI design to accommodate new modes of ventilation in the future. Initially, we plan to implement Pressure Control Ventilation (PCV) and Pressure Regulated Volume Control (PRVC) modes, but soon after we plan to deploy additional modes such as PSV and SIMV. A video of our GUI, running and plotting real data gathered from one of our prototypes, is below:

By November we expect to have several fully functional ventilators running in the actual ventilator enclosure!

We developed the mechanical internals of the ventilator in a modular fashion. There are custom blocks to handle specific functions, such as air filtering, O2 metering, gas mixing, safety valves, etc. We also focused heavily on ease-of-manufacturing. The major components of the design are shown below: 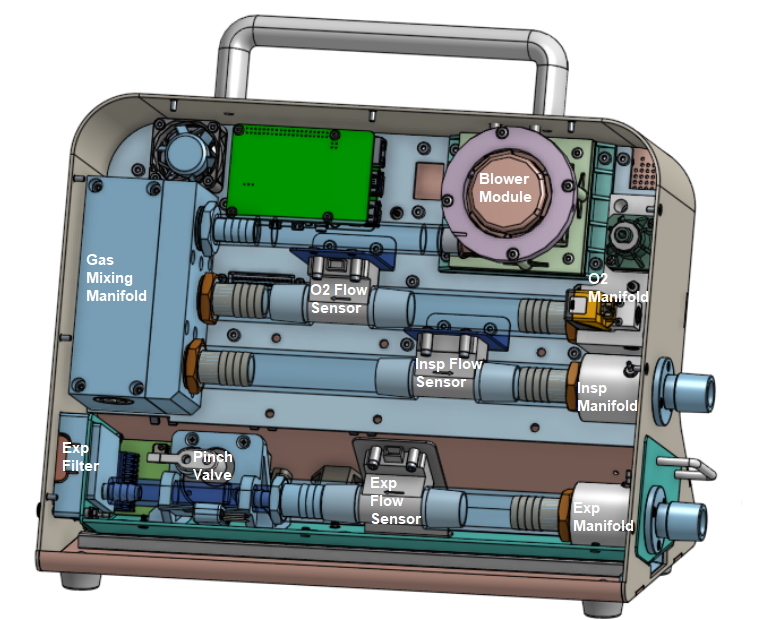 The Blower Module, O2 Manifold, Gas Mixing Manifold, Insp Manifold, and Exp Manifold are all custom sub-assemblies designed by Project RED engineers. Some closer views of these design blocks are provided below. 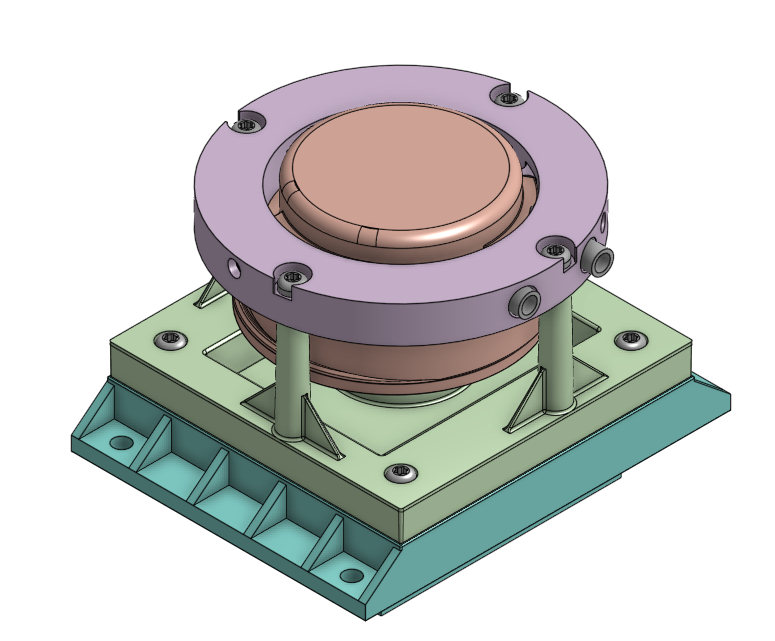 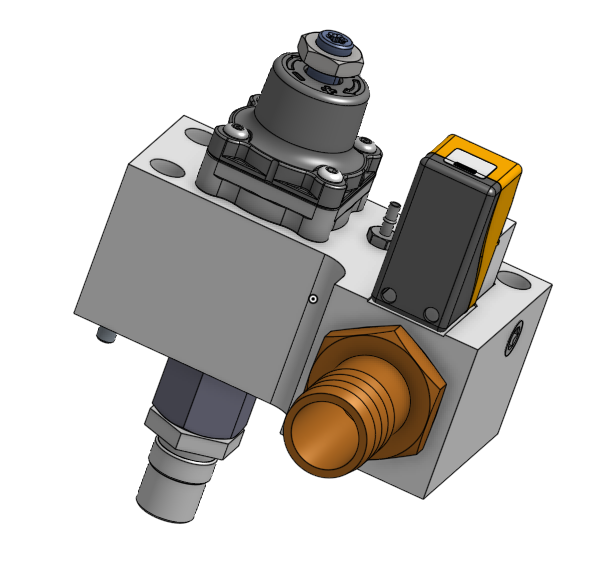 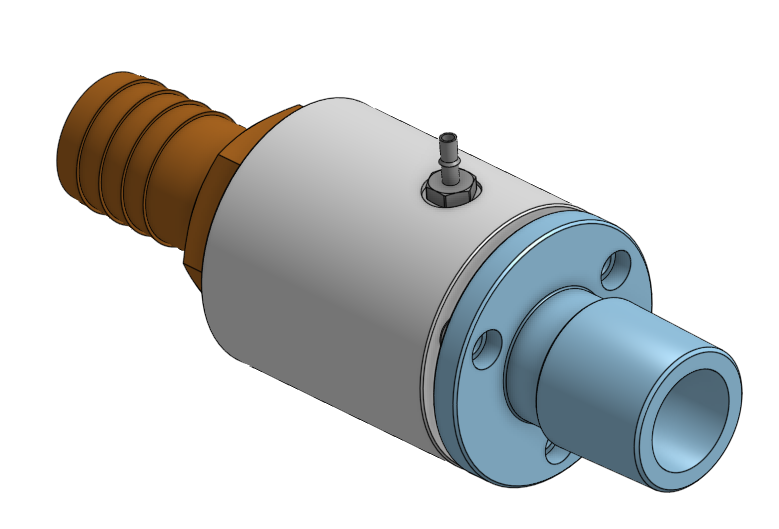 We placed a lot of thought into making the ventilator easy to build. A key feature in this regard is that all of the Inspiratory components are located on a removable metal “tray”: 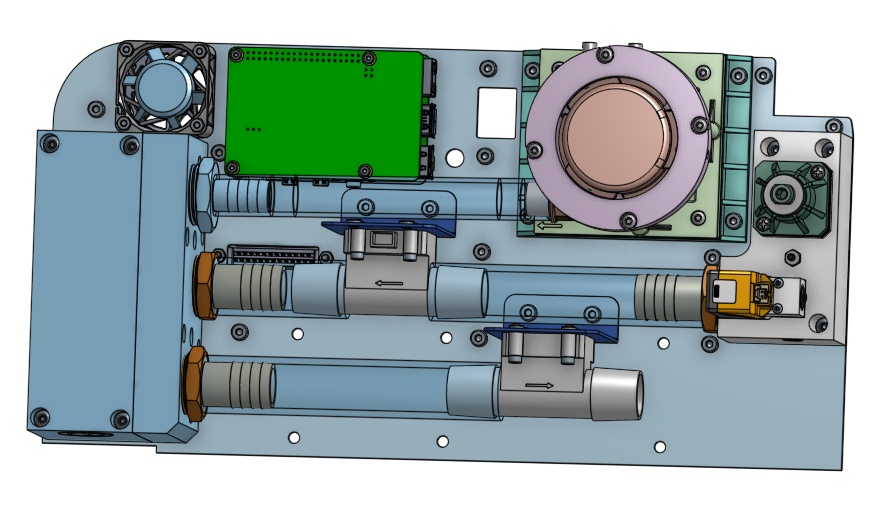 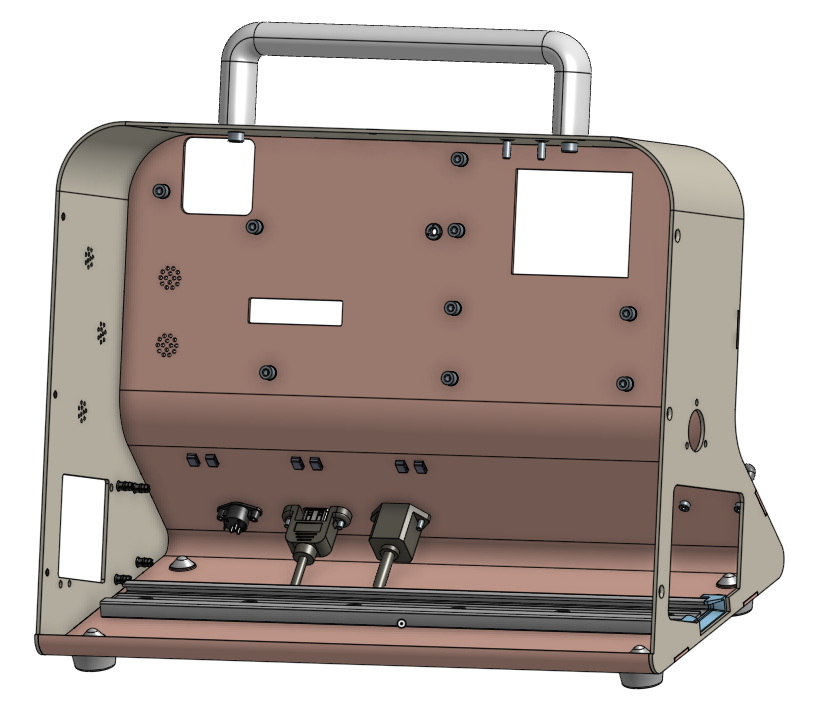 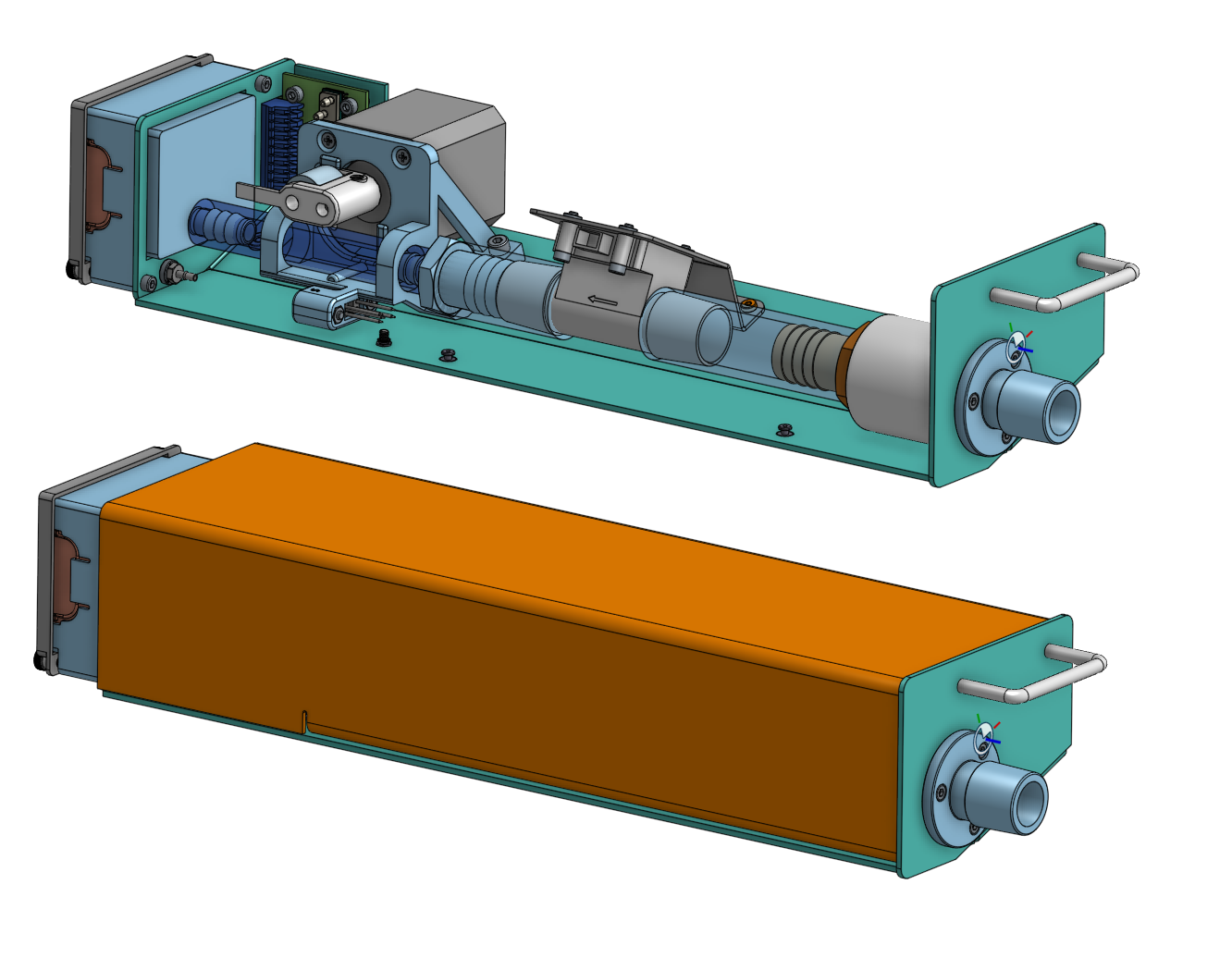 Finally, there is a simple subassembly for the front-cover, which consists of sheet metal, two speakers, an LED light bar, the LCD touchscreen, and some simple brackets:

All in all we are very pleased with how the design has turned out, and we can’t wait to test the first few units in November. The best news, perhaps, is that after pricing out most of the custom mechanical parts, we are quite confident that this ventilator can be built for well under $4000 USD, even at relatively small quantities (100 units or less) !